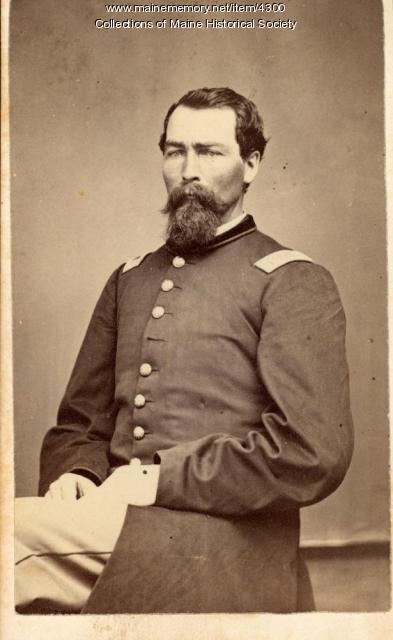 Lewis C. Bisbee of Canton was 28 when he enlisted in August 1862 as a private in Co. I of the 16th Maine Infantry.

He was promoted to 1st Lieutenant a few days later and to Captain in 1863.

Bisbee was wounded and captured on July 1, 1863 at Gettysburg, Pennsylvania, and confined to Libby Prison in Richmond, Virginia. He was later transferred to prisons at Macon, Georgia, and Columbia, South Carolina, before being released on March 15, 1865.