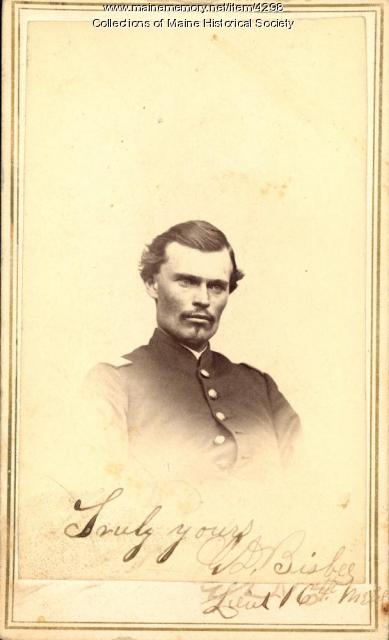 He fought at the Battle of Fredericksburg and was wounded on Dec. 13, 1862. He was discharged because of his wounds.

Bisbee rejoined the company on its march to Chancellorsville as a 2nd lieutenant in May.

He was taken prisoner at Gettysburg and held at Libby Prison for 10 months, then, along with other officers, at various camps. He was exchanged on April 1, 1865, and rejoined his regiment in time for Appomattox.

Like other officers, he lost his promotion because he was held prisoner and could not be mustered as a 1st lieutenant.

He returned to Maine, working as a lawyer in Oxford County.