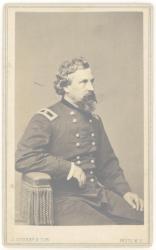 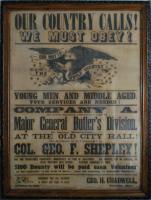 The regiment, part of the New England division went to Lowell Massachusetts, on Nov. 24, 1861, then left for Ship island, Mississippi.

The regiment was part of the ground forces assigned to capture New Orleans, which Union naval forces accomplished. Col. Shepley, now commanding the 3d brigade of Gen. Butler's army, was appointed military commandant of the city.

This regiment and was mustered out of service at Portland on Dec. 7, 1864. Members of the unit were reorganized into a battalion of four companies and returned to Virginia.