Finding Katahdin: An Online Exploration of Maine's Past 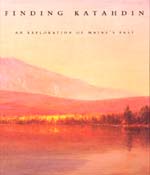 Finding Katahdin (University of Maine Press, 2001) explores the history of Maine from pre-contact through the 20th Century.

Welcome to Finding Katahdin: An Online Exploration of Maine's Past. Finding Katahdin Online is a comprehensive resource for teaching Maine Studies that includes primary sources, lesson plans, and other activities. This resource is made possible through a partnership between the Maine Historical Society and the University of Maine Press.

Finding Katahdin Online parallels the text book and is organized by chapter. Each chapter includes:

Primary Sources: Letters, journals, photographs, government records, objects, and many other items drawn from Maine Memory's constantly growing archive of more than 20,000 historical items contributed by 200 organizations around Maine. Primary sources are grouped in Albums that can be viewed as slideshows or as lists. Each item or Album can be copied into your own free account for flexible use. 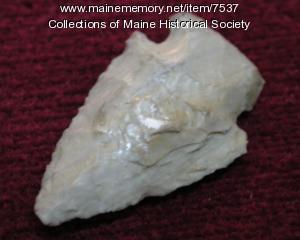 This chapter uses mock interviews to explore how archaeology and oral traditions contribute to our knowledge of the history of Native Americans in Maine between a student, a Pasamaquoddy elder, and an archaelogist.

Chapter 2 - The Age of Discovery: European Exploration of Maine 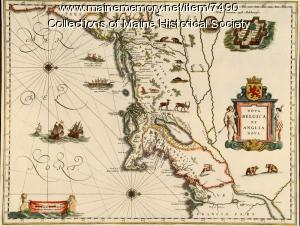 This chapter examines the first European explorations of Maine and the initial interactions between Europeans and the Wabanaki tribes who inhabited the coast.

Chapter 3 - A Century of War 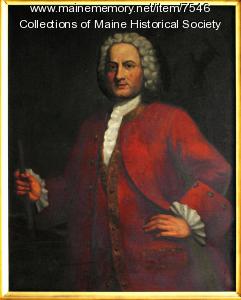 This chapter discusses the one hundred years of war between Colonial settlers and Maine Indian tribes that were waged over land use, trade, and other issues in dispute.

Chapter 4 - From Revolution to Statehood 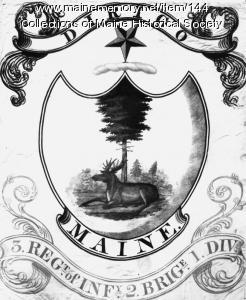 This chapter focuses on the 45-year period of growth in Maine that began with the state's involvement in the Revolutionary War in 1775. The chapter explores how Maine people felt about and pursued statehood, and ends with the drafting of the Maine Constitution and the official declaration of statehood in 1820.

Chapter 5 - Maine Before the Civil War: A Free Society? 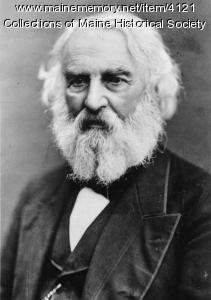 This chapter tracks the lives of seven individuals who lived and worked in Maine in the period before the Civil War. Some of their lives were ordinary, others were not. What is common, though, is that each of the seven Mainers had his or her own ideas about the concept of freedom, and what it means to live in a free society.

Chapter 6 - Fighting for Freedom: Temperance, Anti-Slavery, and the Civil War 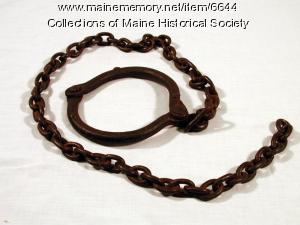 This chapter examines the political and social climate in Maine just prior to the Civil War. Issues such as abolition and temperance are discussed in depth. The chapter also describes Maine's involvement in the Civil War, highlighting the accomplishments of Joshua Chamberlain and the 20th Maine, as well as Sarah Smith Sampson who volunteered for the Maine Soldiers' Relief Association. 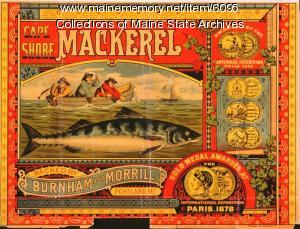 This chapter highlights various Maine industries that have developed around the use of the state's rich natural resources. These industries include: lumber, shipbuilding, fishing, and ice harvesting.

Chapter 8 - Maine and the Industrial Revolution 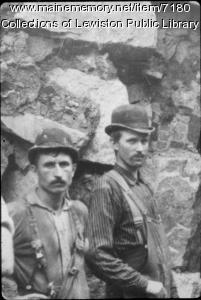 This chapter uses the fictional story of "Liza" to illustrate the Industrial Revolution in Maine. Readers follow Liza from her parents' rural farm to a textile factory in a developing mill town where she works among a variety of individuals, including Irish and French-Canadian immigrants. 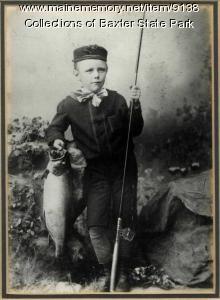 This chapter examines the booming tourist industry at the turn of the twentieth century, and the myths and stereotypes that were spread by tourism interests to advertise the state of Maine, its people, and its culture to the outside world.

Chapter 10 - Depression and War in Maine 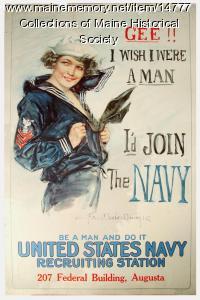 This chapter studies four major periods that shaped the course of the twentieth century: World War I, the "Roaring 1920s," the Great Depression, and World War II. Some issues addressed in this chapter from a Maine perspective are prohibition, the Ku Klux Klan, Roosevelt and the New Deal, and the wartime homefront. 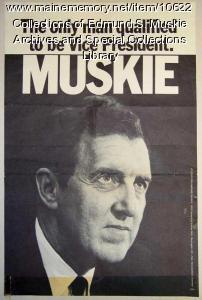 This chapter explores the concept of history itself in relation to modern political and social history. Students examine newspaper headlines about prominent figures and events such as the Cold War, Senator Margaret Chase Smith, Governor Edmund Muskie, the Civil Rights Movement, and the Indian Land Claims cases, to examine what causes a story to either become established in history or forgotten over time. 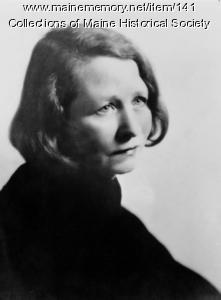 This chapter consists of a montage of contemporary photographs that visually illustrate the "character" of Maine. Included among the photographs are landscapes, cityscapes, portraits of famous and not so famous Mainers, images of enterprise and industry, and impressions of the cultural contributions of Maine writers and artisans. (Because the book focuses on contemporary images of Maine, there is no album of primary sources for this chapter.)

Email Kathleen Neumann, Manager of Education and Interpretation, to talk about your interests, schedule a demonstration in your school, or get started on a project or call her at 207-774-1822 x 214.