Bringing the Bicentennial to Life in Your Classroom

New lesson plans and resources will continue to be added to this page on a regular basis. Check back for more lesson plans throughout 2020!

These lesson plans provide teachers and students with diverse subject matters for each Social Studies strand, and promote critical thinking as students interact with primary documents, oral histories, and the treaties, choices, industries, and influential people who populate Maine's storied past.

Maine Historical Society's lesson plans are designed for K-12 classroom teachers and include curated online image slideshows from the collections within Maine Memory Network to facilitate teaching and learning.

Students will be able to identify the four federally-recognized Wabanaki tribes/nations within the State of Maine today. Students will become familiar with looking at and analyzing primary source documents as historic evidence. Students will make connections between Maine statehood, the American Revolution, the War of 1812, and the Civil War. Students will use critical thinking to respond to questions about statehood that require informed opinion, including the positive and negative effects of the 1820 vote for statehood. 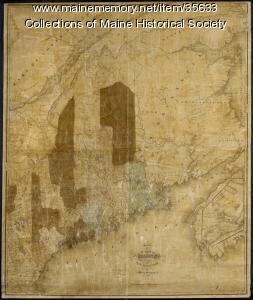 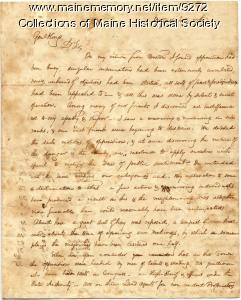 Maine Statehood and the Missouri Compromise 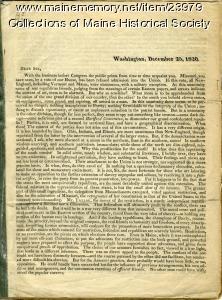 Students will: be able to identify the cultural, religious, and political landscape of the colonial Acadian region leading up to the expulsion in 1755; analyze passages from Henry Wadsworth Longfellow's "Evangeline" as both an artifact of American mythopoetic literature and as an artifact of Acadian culture; be able to distinguish fact and myth in the Acadian narrative in Evangeline and the works that followed it; be able to identify the significance of language, religion, and symbols in contemporary Acadian culture. 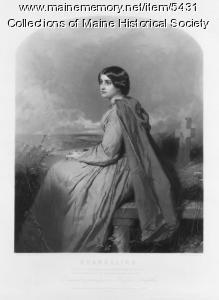 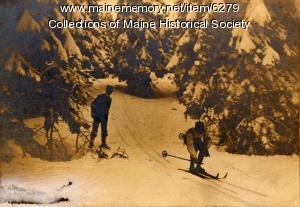 Students will: identify headstone iconography relative to culture and time period by examining multiple sources; be able to discuss the importance of memorials to diverse communities; read two poems by Henry Wadsworth Longfellow and use the subject matter to contextualize communal funerary practices over time and the perception thereof to a 19th century American audience; identify objects of material culture by their significance to Maine's peoples and economy; examine primary and secondary sources while discerning respectful or incorrect scholarship by archaeologists, ethnologists, and historians over time. 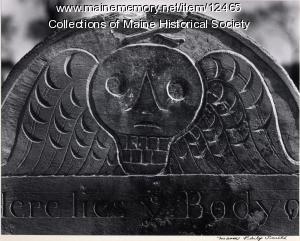 Students will: be able to identify the four federally-recognized Wabanaki tribes and their reservation lands in Maine; use critical thinking to articulate similarities and differences between community spaces today and in past decades and centuries; be able to discuss the difference between positive and negative exclusivity in community spaces/gatherings; use close looking and critical thinking to analyze primary sources including photographs, objects, and written documents to construct an historic narrative. 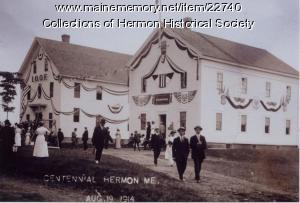 Students will be able to identify the Wabanaki tribes of Maine, and understand the concept of "community" through Indigenous Peoples's Day.

Students will: analyze primary source documents to learn more about World War I and Maine; work collaboratively to create an authentic looking newspaper; gain a deeper sense of the preparation for war and the war's efforts; explore the challenges that Maine and the United States faced as they entered into the war; work through a project-based inquiry to complete the assignment. 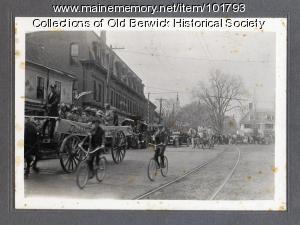 This is not a comprehensive list—please continue to check this page as more lesson plans are added during our commemoration of the bicentennial. For more information, if you have questions or comments, or if you would like to have one of these lesson plans piloted in your classroom by an MHS educator, please contact MHS Bicentennial Eduation Fellow Brittany Cook.

Please watch this space as more lesson plans will be added for students in grades K-12 throughout the next few months. Lesson plans include topics such as:

Out of Ash: For middle school and high school classrooms. Students will learn about the significance of the ash tree to the Wabanaki peoples, the arrival of the wood-boring pest the Emerald Ash Borer in Maine, and the efforts led by Wabanaki basketmakers and University of Maine scientists to combat the insect and save the culturally important basket tree.

Nation to Nation Treaties and Legislation: For high school classrooms. Students will read and reflect upon primary and secondary materials related to the changing governments, treaties, and legislations within the region that now includes Maine, and take an in-depth look at the Maine Indian Claims Settlement Act of 1980, the numerous treaties and acts that preceded it, and the present and future of Tribal Nation and Maine State government relations.

Stewarding Maine's Natural Resources: For elementary school classrooms. Students will hear a book written by a Wabanaki author and think about how the environment around us helps to create a canoe, and students will take a close look at the environment in their own communities within the broader context of Maine's diverse ecosystems, and what people can do to steward the well-being of rivers, trees, animals, and more.

Why is Maine the "Pine Tree State?": For early elementary school classrooms (K-2). Students will learn about the "Maine State" animals and plants, what we find important about them, and think about the animals and plants that live and grow near their own community.

200+ Years of Maine Women: For elementary and middle school classrooms. The bicentennial of Maine statehood happens to occur during Women's History Month, as well as during the centennial commemoration of women's suffrage in the United States. This lesson plan gives students the opportunity to look at the lives of women who have lived in Maine throughout the past 200+ years—from Molly Ockett to Janet Mills and several in between!—within the fields of literature, visual and performing arts, politics, science and medicine, and social movements such as temperance, suffrage, and peace advocacy.

Articles of Separation and Rights of Protest: For middle and high school classrooms. Students will take a close look at social and political movements that have occurred in Maine over the past 200+ years and how citizens have utilized their right to protest, including Wabanaki river damming protests and water and fish conservation efforts, Maine's separation from Massachusetts and the Missouri Compromise, abolition in Maine and Massachusetts, the housing crisis during the height of the Civil Rights era, Franco-American language and heritage preservation movements, and LGBTQ+ movements in Maine.

Maine's Evolving Industries: For high school classrooms. Several industries that launched and supported Maine's economy in the 16th-19th centuries and even into the 20th century relied on resources that are no longer viable. Students will take a look back at the fur trade, fishing and lobstering, canning, shipping and shipbuilding, ice harvesting, and textile and pulp mills to track issues of supply and demand throughout Maine's past, and make projections about Maine's economic and environmental future.

This is not a comprehensive list—please continue to check this page as more lesson plans are added during our commemoration of the bicentennial. For more information, if you have questions or comments, or if you would like to have one of these lesson plans piloted in your classroom by an MHS educator, please contact MHS Bicentennial Education Fellow Brittany Cook.