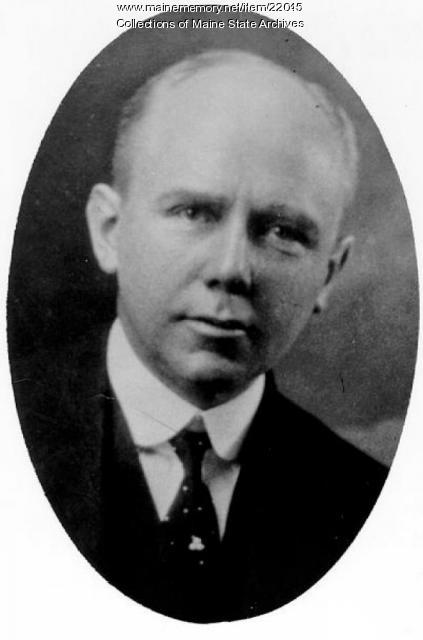 Percival Proctor Baxter (1876-1969), the son of of James Phinney Baxter, a historian and philanthropist who served six terms as Portland’s mayor, was a graduate of Portland High School in 1894 and Bowdoin College in 1898. He earned a law degree from Harvard in 1901.

Baxter worked for improvements in Maine’s public education system, fought with some success for conservation and built a new State prison as well as initiating penal reform.

Baxter was involved in an extensive real estate business and did not practice law.
which eventually became Baxter State Park.

He gave his summer home in Falmouth to the state and it became the Governor Baxter School for the Deaf.