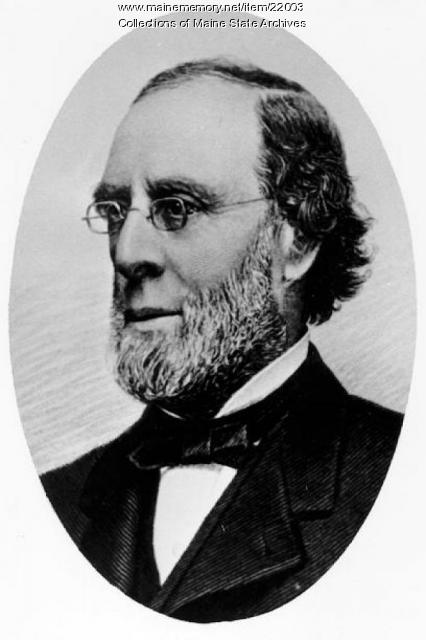 Joseph Hartwell Williams (1814-1896) of Augusta may have been the only serious candidate in the political history of the state to seek office as a Democrat, a Republican and an Independent.

He was the son of Ruel Williams, a former United States Senator and successful lawyer. His mother was the daughter of Daniel Cony of Augusta.

Williams graduated from Harvard in 1830 and the Dane Law School in Cambridge, joining his fathers successful law practice in Augusta in 1837.

Although originally a Democrat like his father before him, he split with the party in the 1850s over the expansion of slavery. He was elected to the Maine Senate and chosen its president in 1857, and almost immediately became acting Governor when Hannibal Hamlin resigned to accept a United States Senatorship.

He declined to run for governor the next year because he disagreed with the prohibition plank in the Republican Party Platform.

Serving as a State Representative from 1864 to 1866 he was elected again in 1873 as an Independent serving from 1874 to 1876. In 1877 the Democrats persuaded him to run for governor but he was defeated by the Republican standard bearer, Seldon Connor.

Williams and his father, Ruel, and Lot M. Morrill were among the founders in 1848 of the Union Mutual Insurance Company.