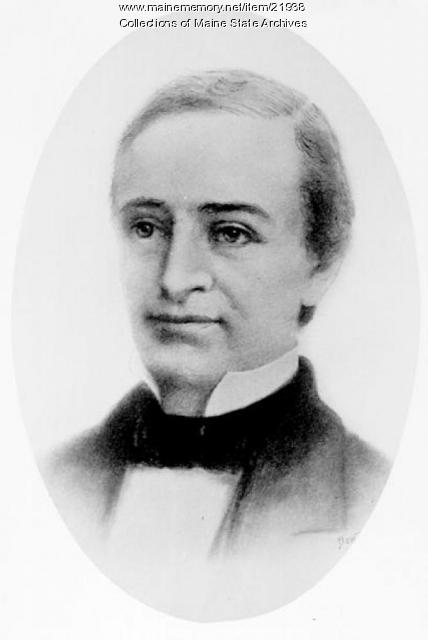 Edward Kavanagh, born in 1795 as the son of a wealthy landowner, shipbuilder and merchant in Damariscotta, was a Roman Catholic who attended Jesuit colleges in Montreal and Washington D.C., graduating from St. Mary’s in 1813.

His political career began with his election to the Maine House in 1826. In 1830 he served as Secretary of the Senate, leaving to serve two terms in the U.S. Congress as an ardent Jacksonian.

He also served as charge’d’ affaires in Portugal until1840.

Returning to Maine as a member of the State Senate he became chairman of the Joint Select Committee on the Maine Boundary and one of the four Maine Commissioners sent to negotiate with Webster and Ashburton.

As a result of being president of the Maine Senate he served as governor from March 1843 until January 1844 upon the resignation of Governor Fairfield.

Twenty days later, he was dead and buried in the cemetery of the oldest standing Catholic Church in New England, which his father helped to erect in Damariscotta in 1808.

Always a champion of religious toleration, one of his college essays was used anonymously in committee in the Maine Constitutional Convention to defeat a clause debarring Catholics from holding public office.