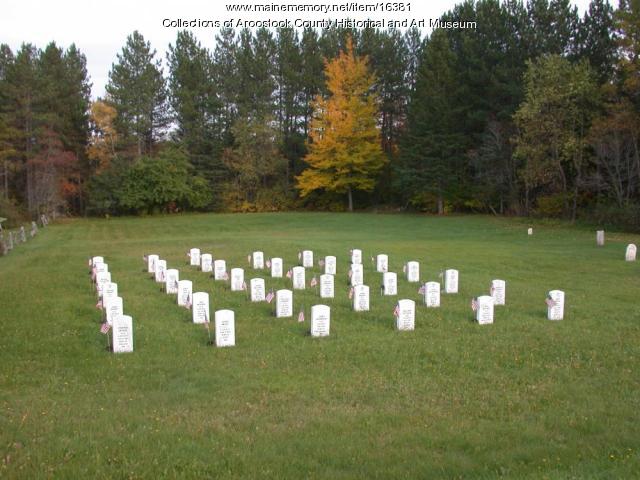 "Joseph Houlton donated this land to the town he helped settle in 1807. It is also the final resting place for soldiers and their families who died while serving at the U.S. Army's Hancock Barracks from 1828-1845." (Excerpted from commemorative text.)

Eight of the soldiers were from Ireland, 2 from Scotland and 1 each from England and Holland. No soldiers died as a result of hostile action in the "Aroostook War." The cemetery was restored by the Freemasons of Monument Lodge No. 96, May 1999.