Contributed by Mantor Library at UMF

By the 1960s, Farmington State Teachers College had a well-established baseball program. Although not nearly as popular as basketball, interest in the sport had grown since World War II and there were plenty of students to field a talented team.

Roger Wing coached the 1965 team. Wing joined the athletics staff at the college in 1961 and served as coach, physical education instructor, and athletic director before retiring in 1993.

One of this team’s most talented players, Richard (“Dick”) Meader, became the men’s basketball and baseball coach at the college, a position he held from 1993 to 2019. 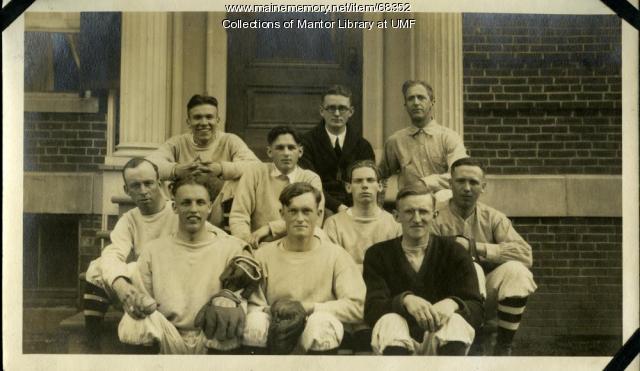