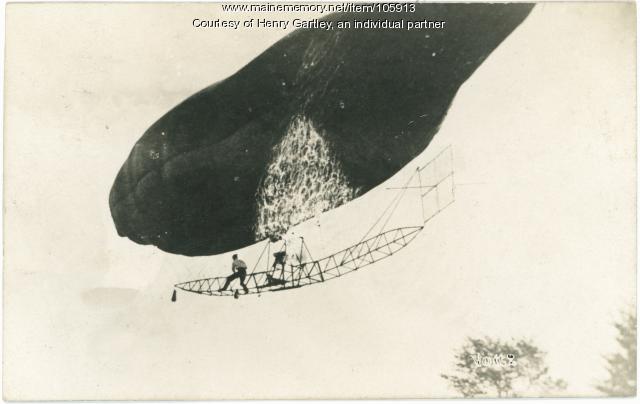 Not available for reproduction or licensing. More info.

Charles Oliver Jones was struggling with his airship as it caught fire moments before it plunged to the earth at the Waterville fair grounds on September, 2 1908.

Jones, who was putting on a aerial show at the fair, had been having trouble with the bag because of cold weather which had caused some leaks. He had repaired the leaks but then the weather had not cooperated. At 4:30 p.m. the weather cleared and he gave word to release the airship and when Jones reached a height of 500 feet spectators noticed small flames coming from the engine. The bag quickly ignited and the airship and Jones fell to his death in front of a large crowd of spectators which included his wife and child.

Charles Jones was numbered among the younger aerial experimenters of that time. His work in the field had already marked him as one of the most successful exponents of aerial navigation. He had some entirely new ideas in regard to airships, and joined Alexander Graham Bell and others in the experiments with airships and airplanes.

It was Jones who evolved the famous "June Bug," which made several record flights for short distances.

The copyright status is unknown to the contributing organization. 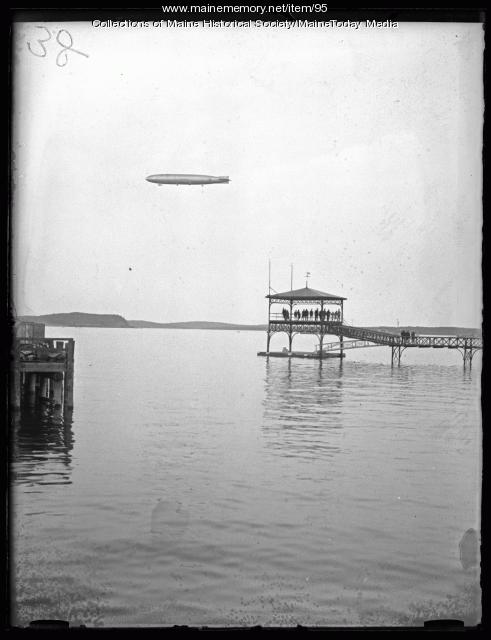 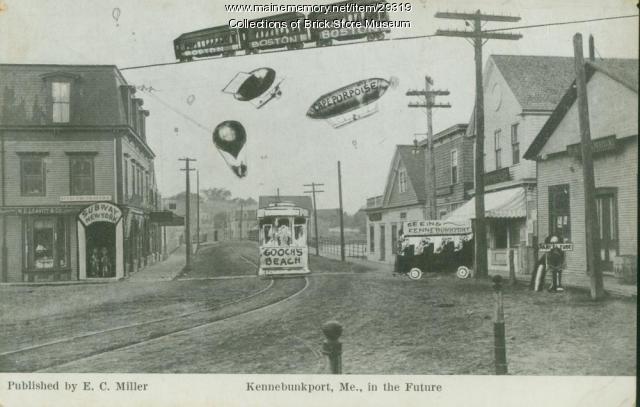