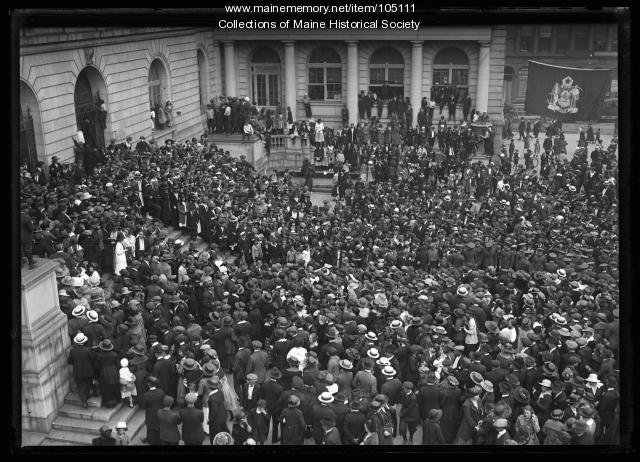 General John J. “Black Jack” Pershing was the commander of the American Expeditionary Forces (AEF) during World War I. General Pershing visited in Maine while on tour in June 1920, speaking in several towns including Portland, Farmington, Brunswick and Biddeford. Pershing spoke in Portland at City Hall Auditorium (Merrill Auditorium) on June 3, 1920, to an audience of over 2,000 people. A large crowd amassed on Congress Street and at City Hall for his arrival. Several photographs of Pershing’s visit ran in the Portland Evening Express. This particular photograph of the massive crowd demonstrated Pershing immense popularity, even two years after the end of World War I.

Along with George Washington, Pershing is historically the highest-ranking officer in the United States Army, equivalent to a six-star general today. Under his command, the AEF achieved considerable success during World War I, although his tactics have since garnished criticism for excessive casualties, adherence to segregation, and the dispersal of African-American troops into Allied armies during the war. 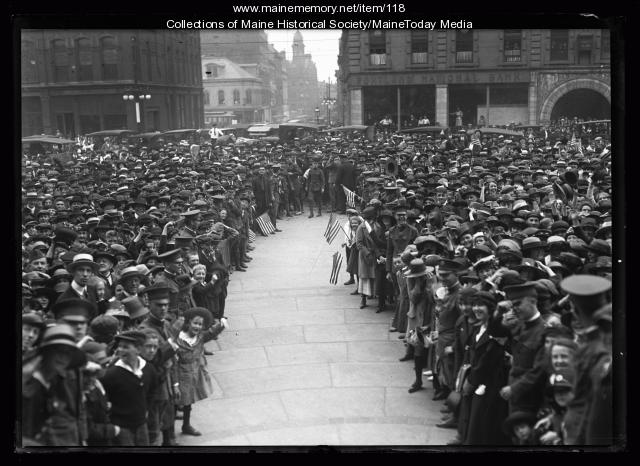 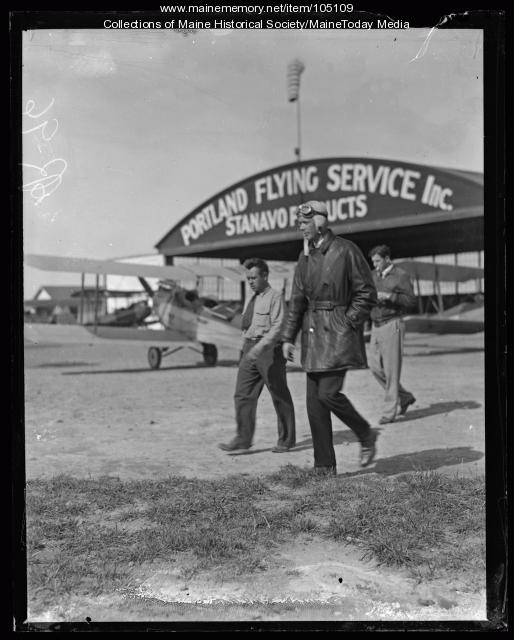 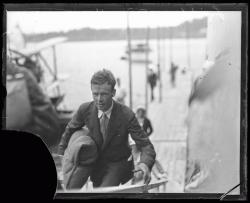