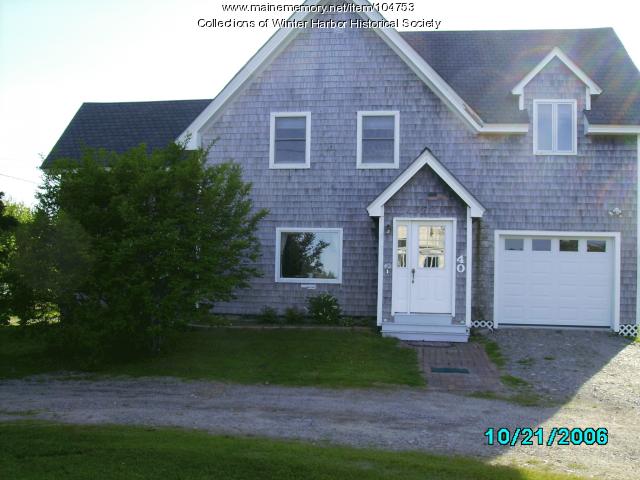 Captain Lide began his life at sea at age 12, sailing the east coast on multiple schooners transporting lumber and staves for barrels. At age 19, he sailed the schooner, Orizimbo (built in Gouldsboro) to Brazil with general cargo, returning with sugar. In an interview with Bernice Richmond for the Peninsula Gazette, Captain Lide recalled sailing on the Orizimbo to Sierra Leone on the west coast of Africa with lumber, flour and oil.

At age 20, Captain Lide became master of the schooner, Hiram carrying lumber to Boston and returning with corn. On the Angola, he transported cargo to New York City and returned with kerosene and on the AB Crabtree, he carried granite from Sullivan for the curbing in Providence, Rhode Island.

In the early 1900’s Captain Lide changed from schooners to sailing pleasure boats for Grindstone Neck residents: the Dorothy for William Bliss, Firefly for William Duff and later, William White and finally, William Schieffelin of Ashville. For nine years, he sailed Schieffelin’s Lucille and then the Mystery for Henry Harper of Grindstone. He continued to work on shore for BT Bickford’s Yacht Storage in Winter Harbor.

According to Mrs. Richmond, when Captain Lide was asked if anything unusual happened during his years of sailing, he answered proudly, “Never ran a boat ashore; never was shipwrecked.” Captain Lide and his housekeeper, Grace Holt, passed the house on to Wilson Payne, long time owners of Spectacle Island. Two navy owners added a garage and deck in 1990 and Roger and Pearl Barto renovated the house in 2005.