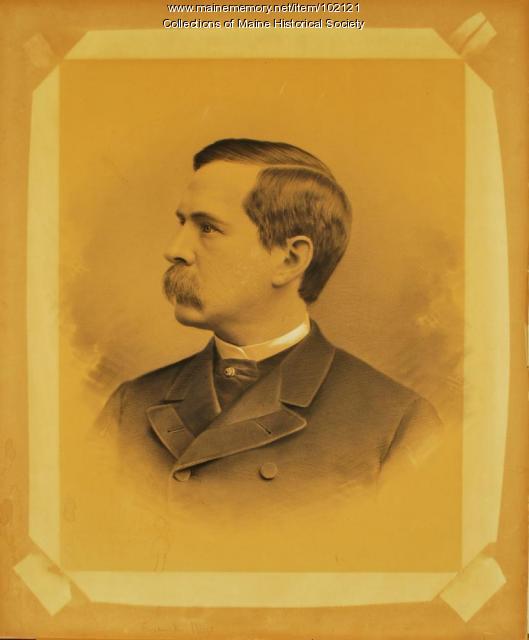 Frederick Neal Dow (1840-1934) was a active member of the Maine Republican Party during the latter half of the 19th and early 20th centuries. Fred, as he was known throughout his life, joined his family tanning business at a young age. He was admitted to the bar, but never practiced law, instead becoming involved in local and state politics.

An active member of the Maine GOP, Dow served in the state legislature and various influential positions within the state's Republican Party. He served as the Collector of the Port of Portland for two non-consecutive posts, under the administrations of both President Arthur and Harrison. He took a brief hiatus between 1885 and 1889, being removed from the post by President Cleveland due to party politics.

Col. Fred Dow carried the rank of colonel in his lifetime, due to his appointment to the general staff of Gov. Sindey Perham, rather than military service. While he attempted to enlist in the Union Army at the start of the Civil War, his father strongly objected, using his influence to keep his son in Maine. Fred Dow was the son of famed prohibitionist, and Civil War General Neal Dow.